The store will not work correctly in the case when cookies are disabled.
Cash On Delivery is available Nationwide

TCL Celebrates its 40 Years of Innovation and Globalization 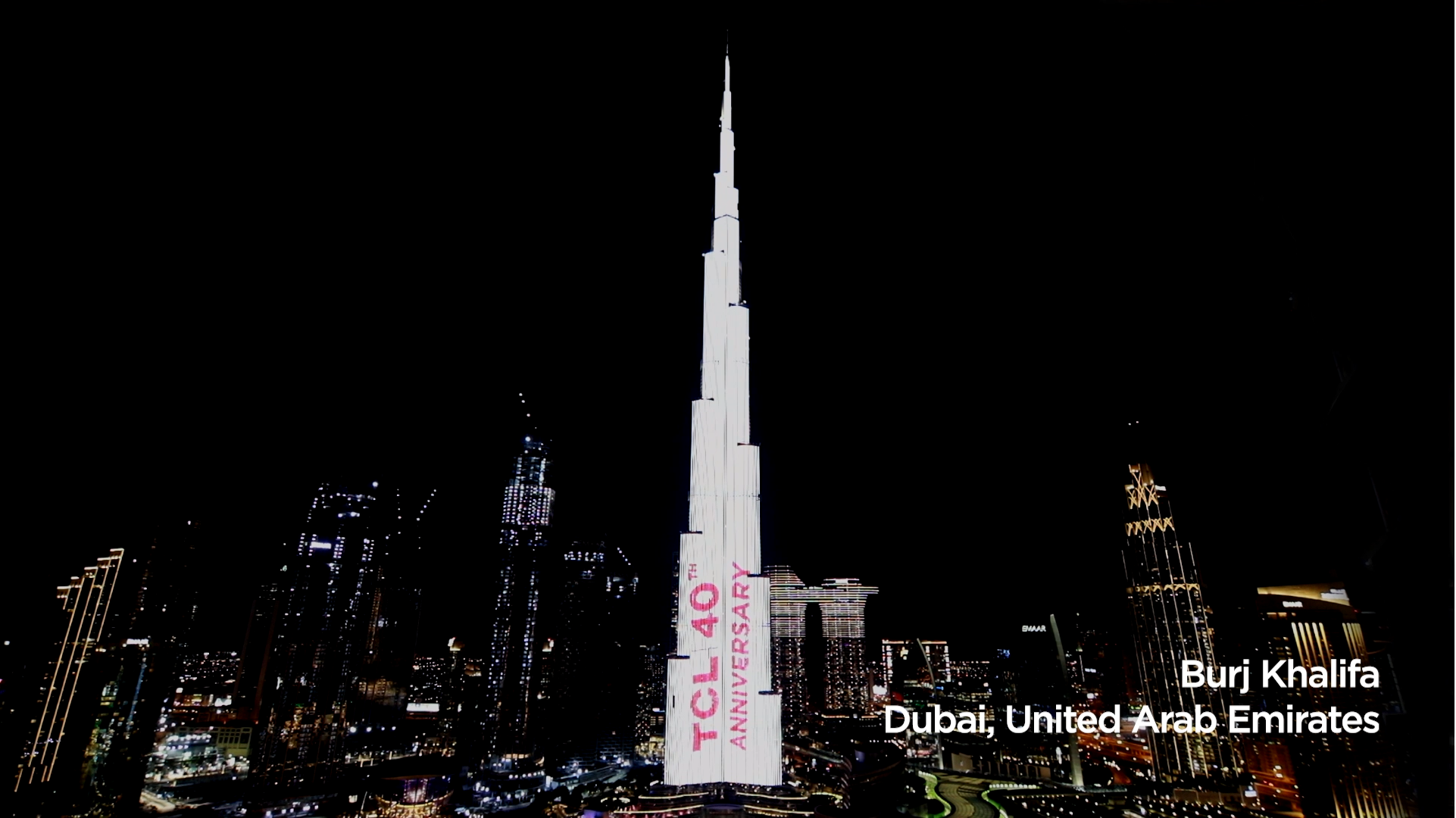 TCL, a global leading intelligent technology company, is celebrating its 40th anniversary. The past four decades have witnessed TCL's extraordinary growth from a small cassette tape manufacturer into one of the world's leading consumer electronics players, covering 160 countries and regions.

To mark its 40th anniversary, the company is hosting a wide array of events for its employees, customers, partners and communities around the world, starting with notable advertisements in landmark cities in key markets including Dubai, Los Angeles, Paris, Sao Paulo and Sydney. These five cities are located on continents where TCL has experienced continuous expansion.

Chairman and CEO of TCL Li Dongsheng remarked, "Over forty years, the three key driving forces of innovation, globalization and strategy have helped TCL to forge ahead."

Starting from the production of audiotapes, TCL has continuously improved and pushed the boundaries of possibilities for display and audio technology to provide consumers around the world with a smart and connected lifestyle fulfilled through a diversified product portfolio covering TVs, smartphones, audio and smart home products. In 2020, TCL ranked third in terms of market share by sales volume of its TVs in the global TV market and ranked second in the global LCD TV market.

TCL further expanded its business from smart devices to semiconductor areas, which strengthens its capabilities in the vertical integration of the industry chain. The establishment of TCL CSOT in 2009, now a world-leading panel supplier, and the acquisition of Zhonghuan Semiconductor in 2020 have enhanced TCL's strategic reserves in semiconductor displays, semiconductor photovoltaics and semiconductor materials. With this strategic move, TCL has grown into a leading high-tech industrial group.

Since it was founded, TCL has always been strategically focused on global markets. The company entered Vietnam in 1999, marking the first step in its international expansion. The acquisition of Thomson TV and Alcatel's mobile phone business in 2004 was also a significant milestone in TCL's globalization. In the following 22 years, through continuous transformations and adaptions, TCL has established 42 research and development (R&D) centres and 28 manufacturing bases around the world and operates in over 160 countries and regions. In the first half of 2021, over 52% of the TCL group's revenue was contributed by its overseas markets. It has grown to become a leading international company with a truly global influence. In Pakistan, TCL is the No.1 Selling LED TV Brand with market share exceeding more than 20 per cent.

Besides its ongoing innovation and globalization, TCL brings happiness and excitement to consumers around the world through its ever-expanding sponsorship of leading international sporting and entertainment events and associations. To name a few, TCL has twice been an official partner of Copa America and is a long-term global partner of FIBA. TCL also became the first company to own the naming rights for the world-famous TCL Chinese Theatre in Hollywood, California.

As a socially responsible corporation, TCL adheres to the concept of sustainable development of itself and the communities it serves. For example, showcasing its commitment to empowering women and girls worldwide, TCL became the Global Promotional Partner of FIBA's 'Her World, Her Rules' program. In response to climate change, TCL is spearheading efforts to move towards green manufacturing processes throughout the entire production and operation process cycles assisted by digitalization. In recognition of its sincere efforts, TCL received a Silver Rating in the EcoVadis Business Sustainability Ratings this year.

Partnering with some of the leading global industry players, TCL will strive to co-build ecosystems based on its three core competencies, spearhead innovation and support industrial upgrading.

TCL Teams Up with PCB as Associate Partner of Pakistan vs Australia Series March 3, 2022
Latest

TCL Kicks Off its Latest Sponsorship with Football Stars to Inspire Greatness September 5, 2022